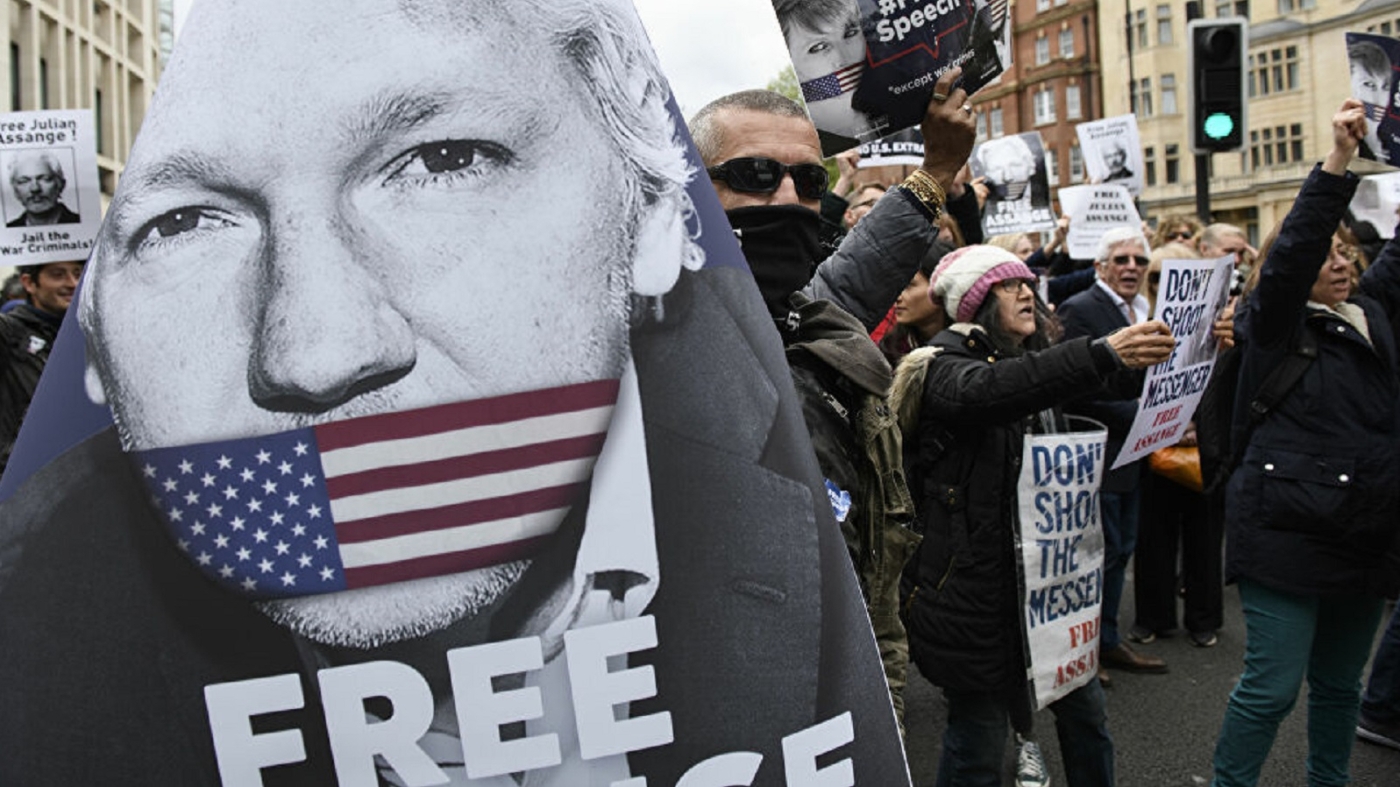 As its director, and long-time Wikileaks collaborator Juan Passarelli said on the Rolling Stone Useful Idiots podcast, The War On Journalism: The Case Of Julian Assange (2020) is a campaign doc, it’s intentionally pro-Assange. That strangely made it a more clear-cut watch for me, helped by the reputable talking heads interviewed in this solid 38 minute run through the highly flammable long-time-coming case, now at court in the Old Bailey, UK.

The doc lacks, thankfully, all the standard (quasi) psychology & tabloid sentiments, but it also avoids delving deeper into the sexual assault accusations Julian Assange was under in Sweden, founded or not (which he denies, and that are now dropped due to time lag). Thus it takes out a key ingredient of our understandable moral dilemma regarding Assange, focusing on the charges against him by the US government.

When observed through the lens of pure ethics, separating the US and Swedish charges, which is the gist of this doc, the US case for persecuting Assange for violating the Espionage Act becomes pretty clear, as does the fact that the fate of the founder of Wikileaks and his extradition to the US has the potential to tear through the very fabric of free press in Western societies in an astonishing way.

Let’s say the worst of what we heard of Julian Assange is true, and he is indeed the disreputable human portrayed in established media lore – the question remains, what does this have to do with indicting journalists for receiving classified material in which various nefarious deeds of powerful governments are exposed?

And considering that at least three major intelligence agencies must have worked diligently at his character assassination for over a decade, one would expect the not so pretty personal portrait to be much worse than it is. Although, to give the professionals their due, the waters were sufficiently muddied for the issues of freedom of press (and sexual assault) be almost entirely obscured.

In terms of the sheer force of psychological pressure he has been under during his long asylum at the Ecuadorian Embassy in London (in avoiding being extradited to Sweden, and ultimately, the US), Assange should have emerged far more unhinged than he seems to be, and exactly as physically frail.

Freedom of the press is what the Assange trial is about. If he loses, and chances are he might, that will be the legacy of this case for Western investigative journalism in the foreseeable future (certainly in the UK and the US) – once a guiding light for many persecuted and incarcerated journalists across the globe. As well as a curtain call in government transparency for the strangely unconcerned audience across the Western hemisphere, i.e. us.

Justice is not a congeniality contest, and its troubling that well into the 21st century we need to be reminded of this.