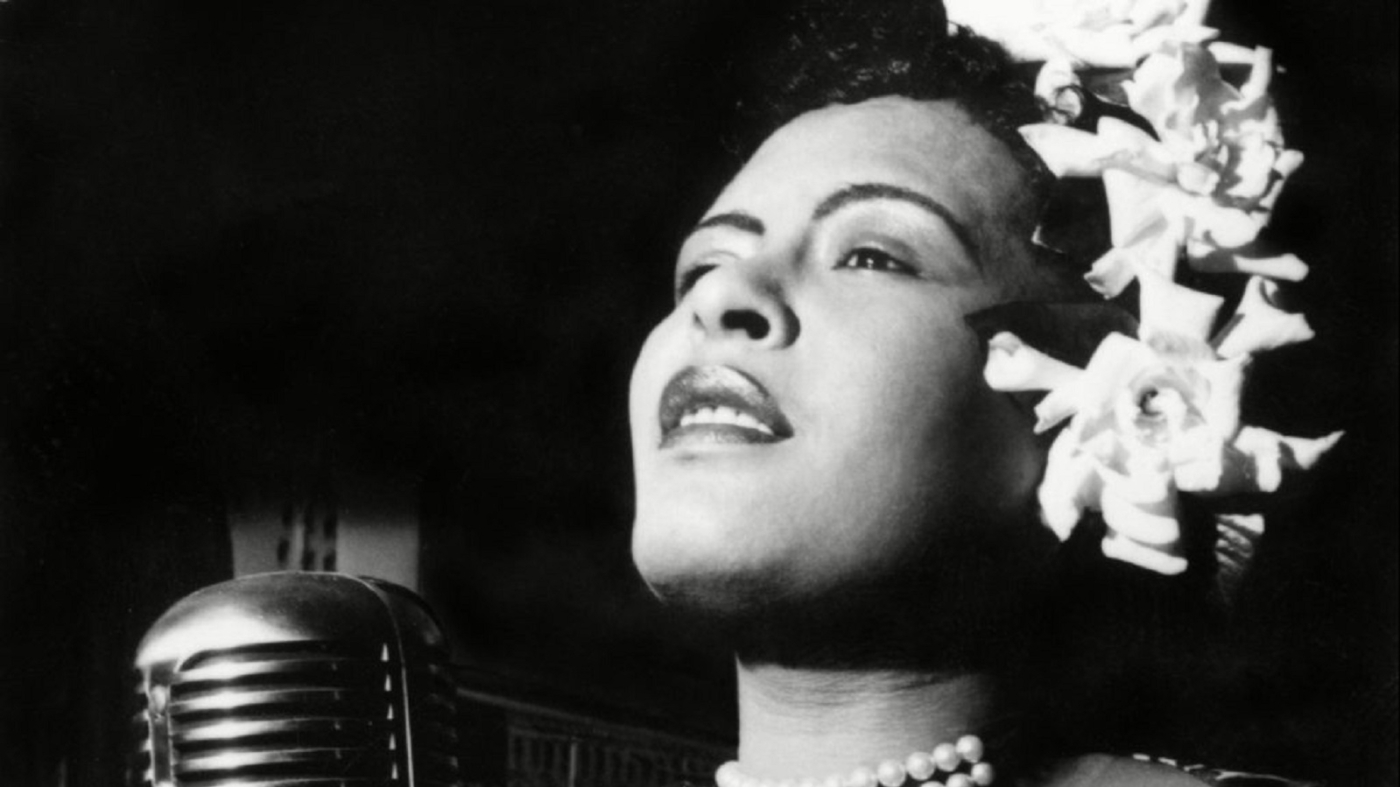 “I saw the whole world in that face, all of the beauty and all of the misery.”

James Erskine‘s often painfully intimate, yet beautifully clear-eyed doc Billie (2019) is set up as a tale of two women – one is Lady Day, Billie Holiday, or Eleanora Fagan, genius and tragic jazz legend who reinvented American music, and the other is her biographer, journalist Linda Lipnack Kuehl, who researched Billie’s life for ten years, compiling material for a book that was never to be published, also ending her life tragically, and young.

I loved Billie for as long as can recall listening to music straight into the early hours of dawn, which must have been my tender teenage years. Her sensual laments of the world delicately embroidered into each phrase she uttered, both familiar and mysterious, devastatingly honest, touched on some feminine unspoken wound I carried, and this must be similarly so for many listening to her to this day. It certainly was the case for Linda, determined to see Holiday encountered without sentimentality, accepted as real as she was.

“She did not like seeing Billie as the victim,” Myra Luftman, her sister, interviewed for this doc, concludes.

As a woman, Billie carried with her, and within her, a history abuse – born to a single mother, with whom she had a strong bond, but who was also hard and wary of men, on her own account, Billie was raped as a child, she became a prostitute at 13, something “everybody did” a childhood friend recalls; it was that tough a life, and transactional relations common in the community.

Holiday chose terrible, brutal men as mates, ones she would pine after, her infernal muses, who would exploit her, and mistreat her, but whom she would somehow find excuse for due to a passion she felt for them. The men who adored her, remained merely platonic companions, Billie seemingly unable to be romantically involved with anyone who truly cared. Both her friends and her bandmates saw in this as a kind of dogged masochism, Linda even interviewing Skinny Davenport, a pimp from the era, chillingly laid back about the violence Billie suffered as a prostitute, casually remarking “you had to treat them rough, that’s the way they liked it”.

Seen through an eye of an observer from the not-so-distant future of human psychology, everything said of Billie’s apparent ‘desire for punishment’ in those tapes, including, what is now an oddity of James Hamilton, a psychiatrist treating Holiday, declaring her ‘a psychopath’ for being impulsive in her choices, and reckless with her life – all of it speaks of a person so deep in unresolved personal trauma, repeating it, reliving it, magnetically pulled into it, relentlessly in its cycle – yet unable to resolve it, except through the cathartic vehicle of art, and an otherworldly talent.

Her answer to this explosive, constant sorrow was to enjoy her life with a vengeance, sexually, with both men and women, cradled in epic substance abuse, which kept her high, and endlessly moving through a mist of reefer smoke, until the first of her crooked men, Jimmy Monroe, got her hooked on opium, cocaine, and also, himself.

Her cousin John Fagan, witness to all their childhood horrors and joys, comments, gently “she wasn’t like a slut, she just lived fast.”

Curiously, Linda remarks in her notes that Billie always choose her men for a reason – however difficult and exploitative the relationship was, they all, uniformly, encouraged her to sing.

If we are to follow this path of analysis, we could say that expression of soul, and the expectation of punishment for it, twisted themselves in the same knot with Billie. And that, during her lifetime, she was unable to untie it, and set herself free.

There were other wounds Holiday endured during her lifetime, equally harrowing as the abuse of her womanhood, ones which her voice continues transcend beyond the grave. Billie sang of racial and social injustice, the bloody roots of America’s glamourised history, the enduring practice of segregation – something which was a part of her daily life. She would never get to know a world that would treat her differently, dying at the age of 44, at the beginnings of the Civil Rights Movement, in 1959.

Born in 1915, and singing from age of 14, she was in the thick of the darkest hour before dawn – living in a society that outwardly seemed to move on forwards, gliding seamlessly into a technicolour future, an erasure of a rotten past, yet secretly dishing out devastating blows towards the dignity of people it deemed less worthy, perpetrated methodically, insidiously, and without fail.

As her bandmate in Count Basie‘s orchestra, drummer Jo Jones recalls, “Miss Billie Holiday didn’t have the privilege of using the toilet in a filling station.”

He accuses music producer John Hammond, who discovered her, for also firing her, Billie not solely wanting to ‘sing the blues’ as was expected, which the latter vehemently denies, maintaining his worship of Holiday’s talent.

Billie’s blackness was to be her fate in the many white bands she worked with, as with Benny Goodman and Artie Shaw, an astonishing succession of exits due to the racist policies of venues of the time, and fellow musicians too afraid or unwilling to stand up for her.

“Strange Fruit” was written for her to sing from a poem by Abel Meeropol, and she sang it in stillness, unwaveringly, by all accounts, wherever she went – an avenging angel, unifying the voices of all the lives before her, lived in chains.

A few of the interviewed speculate if this was indeed the real reason Billie Holiday was so hunted by the right-wing leaning lawmakers, ending up in prison for almost a year in 1947, for her use of illegal substances.

But most centrally to Billie’s story – there is her art. The voices of people close to Billie talk about her fondly, intimately, honestly, but always with a respect for the artist, in awe of the magic of her poetic expression, the uniqueness of her delivery – her material her own life, and what she witnessed in the lives of those around her.

All accounts are assembled diligently, lovingly, abundantly – hundreds of hours of interviews from her childhood friends, early Harlem fellow bandmates, lifelong bosom buddies, archival interviews with jazz greats she played with, all the way to Tony Bennett, recalling when he first set eyes on Lady Day; she said “get me some gin, son”, the seemingly inevitable tragic trajectory of immensely talented women in the spotlight still a mystery to him.

Some of us carry other lifetimes within us, the tragedy of our ancestral lines, a repeating of injustices too horrifying to contemplate without the filter of art. And although there will be people who may view the cinematic depiction of Holiday by those in profoundly different circumstances than hers, appropriative – the connectedness of the human condition, and Billie being somehow both of a time and place, and absolutely timeless, lessen the pressure of adhering to a chronologer’s shared identity.

In order to tell the true story of Billie, we rely on the gathered evidence of someone who cared enough to assemble it with heart, decency, and sensitivity. When viewed in this light, the brilliance of this duality, the two tales documenting Holiday, of the artist and of the biographer, the telling of the singularity that was Billie through the mirror comprised of the broken fragments in the souls of so many who listened to her, closely, and continue to listen, becomes clear.

It’s a diamond of a doc.