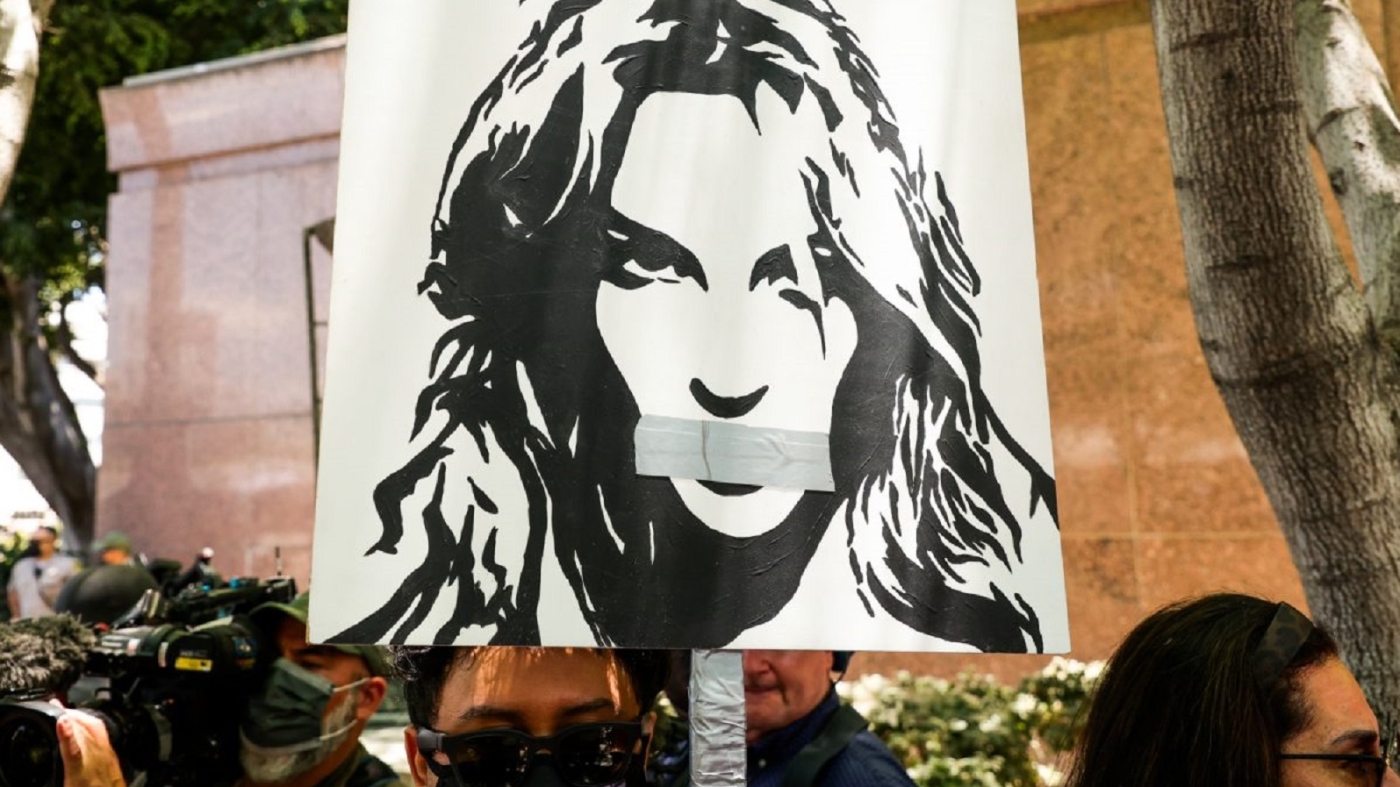 “You don’t get out until you scream.” — Erin Lee Carr

There is a stark difference between the tragic story of Britney Spears, and the sensationalist stories told about Britney Spears. Trying its hardest to prove its admirable intentions, and hard it does try, this doc still veers towards the latter.

Director Erin Lee Carr and journalist Jenny Eliscu‘s Britney vs Spears, now on Netflix, is a slightly indulgent, not particularly narratively consistent, yet fiercely penned love letter to a fallen heroine, a damsel in distress, a pop princess in exile, a genuine feminist cause célèbre, and simply a woman who’s life seems to have been abducted by both her family and the public at large. And as such, unfortunately, it does not get any closer to the human being that lives behind that perfect smile than an upset, well-meaning article in a fanzine would.

At this point, Britney’s reaction to her own life might be just one piercing primal scream, and no one would have the audacity to blame her.

To be fair, the doc begins as a fan letter, and so it should not be faulted for this honesty, yet it does little to go further than pasting together snippets of leaked info, and interviewing people who claim to have been very close to Spears, in one capacity or another, but were, in effect, celebrity entourage, with only a brief period of proximity to the star.

In a way, this is due to the harsh nature of the beast, i.e. inhabiting that level of fame; people are pulled into the vortex of the inner sanctum of the celebrity, confusing intimacy with limited companionship.

Few who participated in the doc really knew Britney for a prolonged period of time, and if they do, they are not saying much (if anything).

With a zillion cameras perpetually aimed at Spears, for almost two decades, it’s somewhat of a belated blessing that multitudes are now, finally, speaking up for her. A few still hold mercenary motivations, but many do have their hearts in the right place. However, all are burdened by a fascination with her celebrity that muddies the waters in differentiating between them.

The conservatorship of Britney Spears’s life and means, itself, certainly invites close, and relentless scrutiny – her father and his circle of confidants not appearing as a pleasant group of humans to encounter in any capacity. The case thus requires a more rigorous form of documentary work and investigative reporting than anything done out there, presently, including this doc.