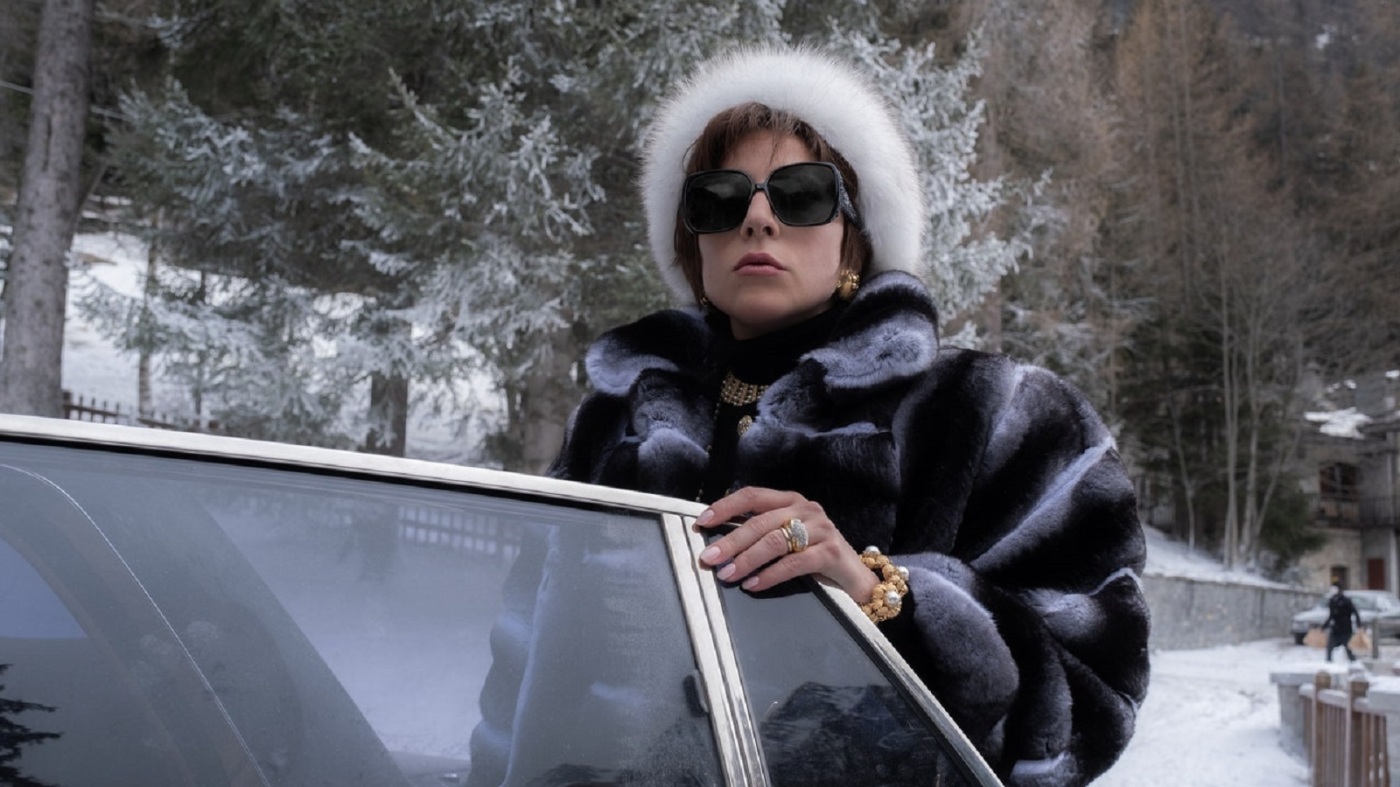 Sir Ridley Scott‘s House Of Gucci, based on Sara Gay Forden‘s book on the 1995 murder of the Gucci heir, with its high voltage cast, a tragic yet salacious true story, and endless possibilities for indulging in serious on-screen glitz, is entertaining and witty, yet misses several important beats – and one giant step, regarding the most basic of narrative decisions – the use of English in a foreign accent to convey a foreign language.

This would always be a tricky call, but in the case of the Gucci family, and an elaborate tale of revenge, it is most definitely a blunder – rendering an already high-camp depiction of the celebrated fashion dynasty’s demise more caricatural than human, and its bloody finale – as almost a surprise.

Along with the Italiana, there are other storytelling shortcuts, gold-plated signs standing in for meaning, just like the faux Gucci bags, the discovery of which made one Patrizia Gucci, formerly of the less illustrious Reggianis, nearly apoplectic.

Lady Gaga as Patrizia truly did give it her all, and in a way, she is the only one on screen that actually fits the form, knowing how to spin deep emotion from what might seem like a lark. As the once-adored, then abandoned, allegedly gold-digging wife of Maurizio Gucci, played straight by Adam Driver (imbuing the formerly disinherited heir of the leather empire with an entirely different aura than the rest of the cast), Gaga is still a treat, but not enough to save the show. Turning to revenge after repeated rejection by the man she still loves, while also passionately attached to the Gucci name, she is enthusiastically assisted by her fortunetelling sidekick (Salma Hayek, so game), and propped up by other performances of the ilk – an equally expressive and flamboyant but much less convincing Al Pacino as Aldo Gucci, and an astonishingly transformed Jared Leto as the hapless Paolo Gucci (huge kudos to the make-up department). There is also the arch-aristocratic Jeremy Irons, as Maurizio’s father, Rodolfo, exquisitely lost in nostalgia, yet full of disdain for his son’s brassy bride.

In the end, of all the great talent assembled, including its legendary director, only Lady Gaga tips the scales towards making the story more compelling, as it simply relies too much on ready-made social markers, rather than on character. This is an irony in itself, as the House Of Gucci really is a story of class divide. The fiercely loyal Patrizia was, in effect, dumped for someone that knew how to pronounce French words correctly.

On a personal note, I would like to thank the filmmakers for recreating for us the perfection that was Tom Ford‘s 1995 first Gucci collection, one that was championed by the elegant, luxury-loving Maurizio. Revolutionising, rethinking, and refining fashion, as well as the brand, while at the same time marking a very dark turn in fortune for the family, itself.

The sum of all these broad strokes significantly dampens the amount of pathos necessary for a drama of this grand opera scale – leaving us only with the giggles. Not enough to walk away with, when it comes to art – and just enough to get by, when it comes to entertainment.

4 thoughts on “House Of Gucci”